Jet Airways was the first baby born out of 1991 economical liberalization in India. No one at the agency Lowe (Lintas then) had believed that a private airline is going to be launched in India, when we got the assignment some time in June-July 1992.

My copy partner Chax walked to me and said “so disaster you are going to launch the youngest and the newest airline in the country (last airline launched was Air-India by JRD Tata before Indian independence) and we are going to get briefed in about two hours time” I brush it off as one more job and indeed when the briefing by the client Naresh Goyal and his team had happened I started to take this so called air-taxi operation seriously.

It was not easy for an art director like me, who barely traveled abroad     to understand and experience the finner aspects of the business, Naresh Goyal was clear that he wanted to build the best airline in the world, he had the vision to fly international one day and compete with Singapore Airlines and British Airways. I did not know where to begin with Naresh’s world-class vision. I walked up to the account manager Deepak Malik and ask him to get me all international airline logos.

Next day Deepak dumped an IATA member’s guide on my desk. There were details of all member airlines, after studying the logos and ownership details, I came to the conclusion that majority of the airlines are state owned and use the state colors therefore all are primary colors, my first task was to create a non-state owned symbol which should be relevant to flying and must represent modern India.

And below is my 100th attempt: 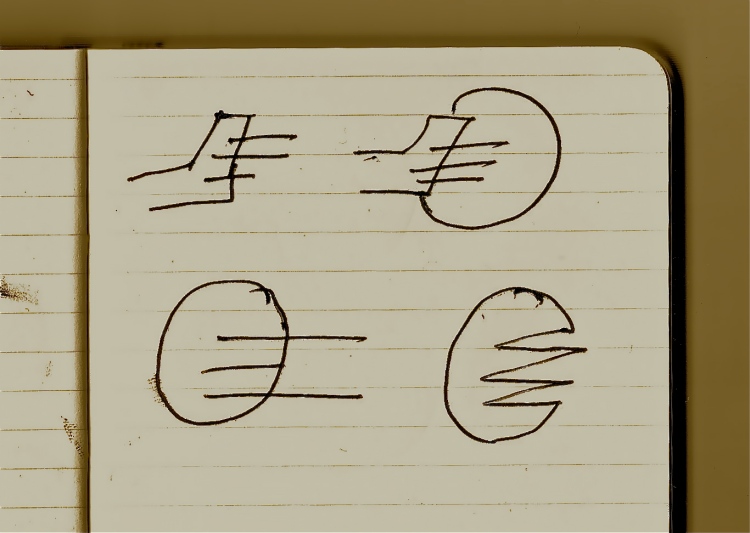 Started with a flying aircraft’s tail and then added sun, used the speed lines and eliminated the tail to symbolise the flight, ‘was left with the sun and the speed lines, which I have used graphically to depict the flight and compress the circular sun to an oval and angled it.  What I have got was an angled, oval sun with speed lines.

This was one of the three logos I presented, others were simple geometrical shapes. I fell in love with this sun with speed lines and pushed my partner and other teams members to support and they they all did. Chax called this indescribable logo as “Flying Sun”

Naresh and his team liked the simplicity and we found a creative supporter in one of Jet Airways director Javed Akhtar who supported what Chax and me liked and later he told us with a hidden smile that he like the symbol but he saw a “fetus image” in the logo , I still try to see a curled-up fetus sleeping in mother womb. Months later when the first aircraft arrived from Ansett Australia, Javed saheb with a grin says “Good. You fetus turned into a healthy baby.” I admire him for his support and his sense of humour. 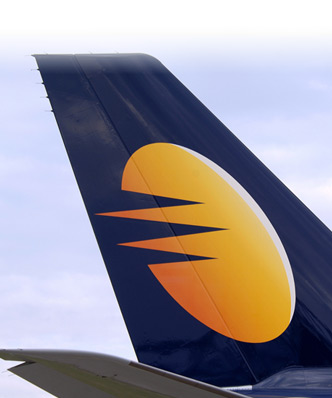 Reverse logo is still a mystery to many. When I finished art-working the logo and the plane graphics to the specifications, I did not know what to do to the other side of the tail, unlike symmetrical logos my logo has speed lines on the tail adding direction, If I repoduce the logo the same way on the other side than the direction will not work it will look bad as the speed lines point inward rather than outward, I had to take a tough call to reverse the logo to keep the speed lines and direction outward. No one knew what I did except Chax, my partner.

When the first aircraft landed for the inauguration at the Mumbai airport, all the guests including JRD Tata and Chief Minister Sharad Pawar  were eagerly waiting for the plane, and the plane landed exposing the other side of the aircraft’s tail, I was waiting for Naresh Goyal to catch my throat for painting the logo reverse, fortunately that never happened and no one ever asked me why the logo is reverse on the tail. Incidentally Naresh always introduces me to others as the man who painted his plane.

For time being let me put my tail between my legs and rest my case.

21 thoughts on “The story behind Jet Airways logo.”